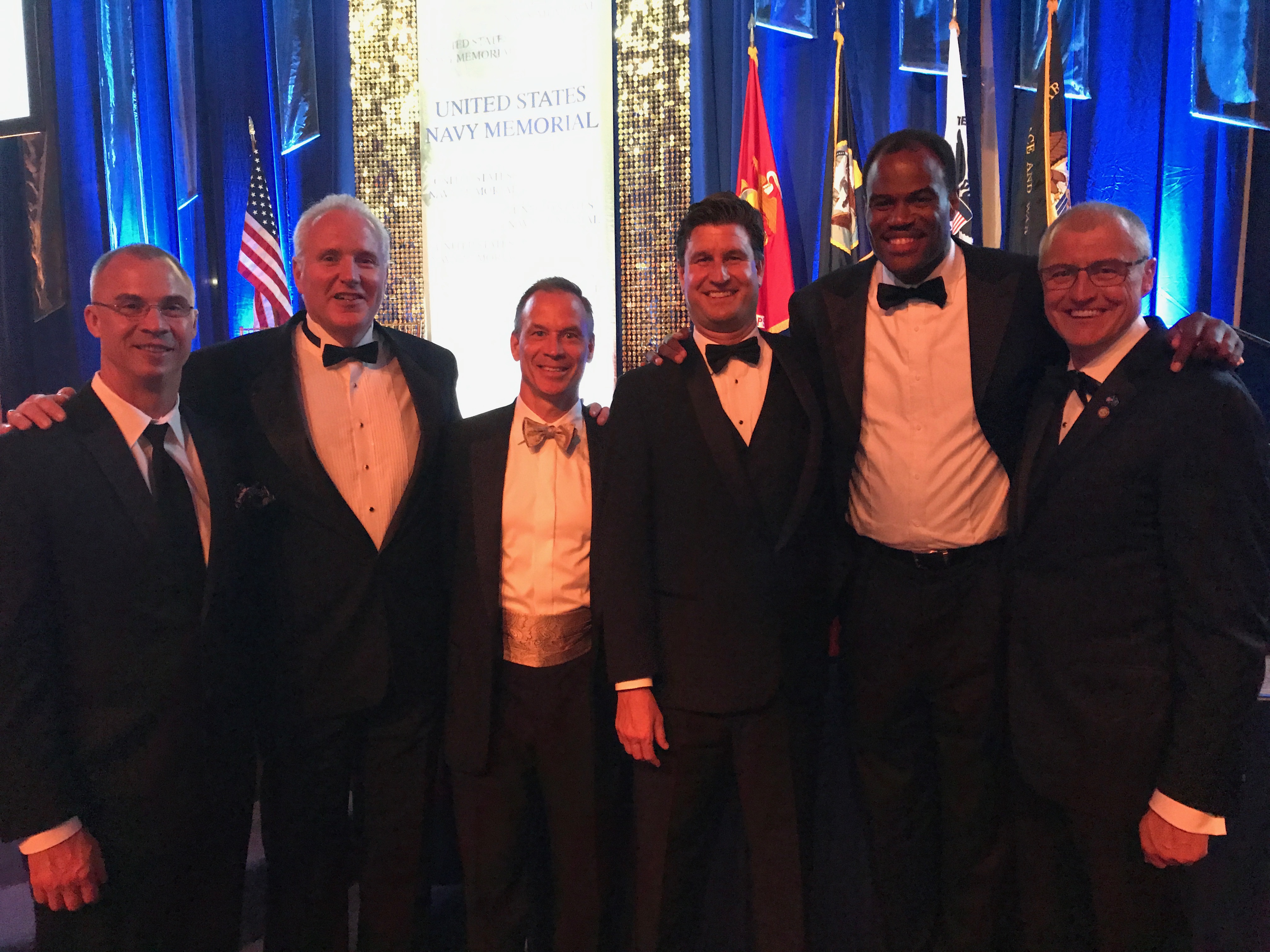 Doug Wojcik and several former U.S. Naval Academy alumni joined former teammate David Robinson as he received the 2017 Lone Sailor Award on Sept. 27, 2017. Given by the United States Navy Memorial, the Lone Sailor Award is presented to Sea Service veterans who have excelled with distinction in their respective careers during or after their service. The 2017 award recipients joined an impressive list of men and women who have distinguished themselves by drawing upon their military experience to become successful in their subsequent careers and lives, while exemplifying the core values of Honor, Courage and Commitment. Find out more about the 2017 Lone Sailor Award recipients here.